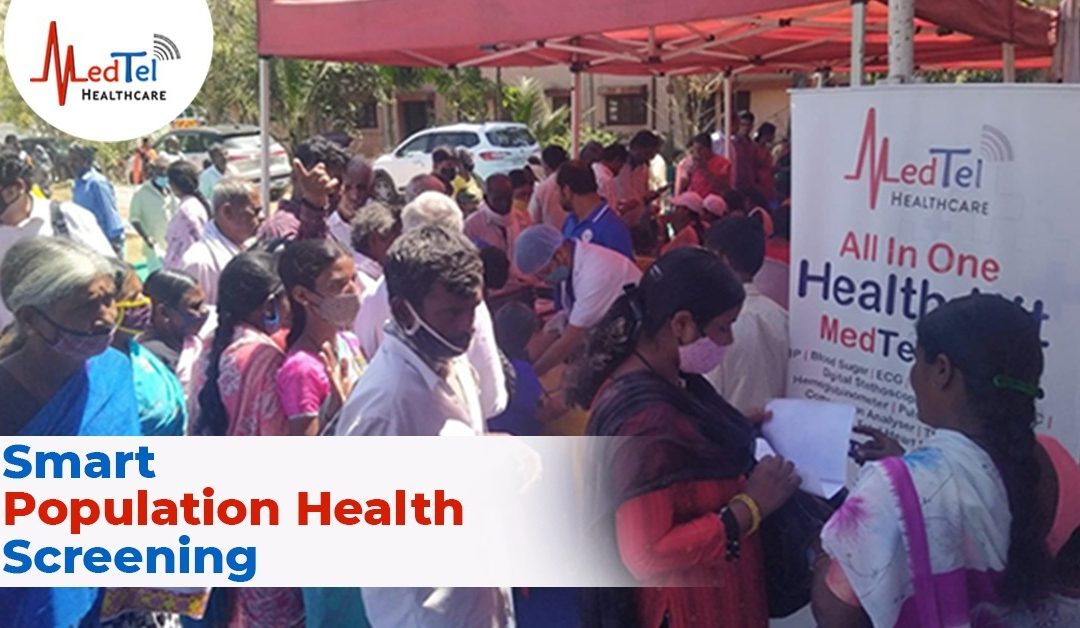 Population health screening is the medical tests that are done on a targeted population which no symptoms which helps us to sort out the population and bring apparently abnormal individuals, the goal is to prevent illness or death from the disease, from screening programs we can identify the risk factor at a particular time so we can take preventive measure. The screening program can not diagnose the disease but can help to identify the risk factor so we can take further evaluation with diagnostic tests and procedures. Digital technologies are being used to help the public health sector in every aspect like integrating population surveillance, case identification, contact tracing, and intervention evaluation based on mobility data and public communication. The purpose of screening is to reduce disease-related morbidity and mortality by finding disorders early on when treatment is usually more effective.

What is Health Screening?

Population screening refers to the test conducted on a target group. It’s a sieve, differentiating those who are likely to have the disease from those who are not. Screening is used to identify people in an otherwise healthy population who are at higher risk of developing a health problem or illness so that early treatment or intervention can be provided. As a result, some of the screened people may have improved health outcomes.

Identifying health risk factors provides early possibilities for intervention and connection to care, and health screenings offer an opportunity to facilitate the delivery of population health. 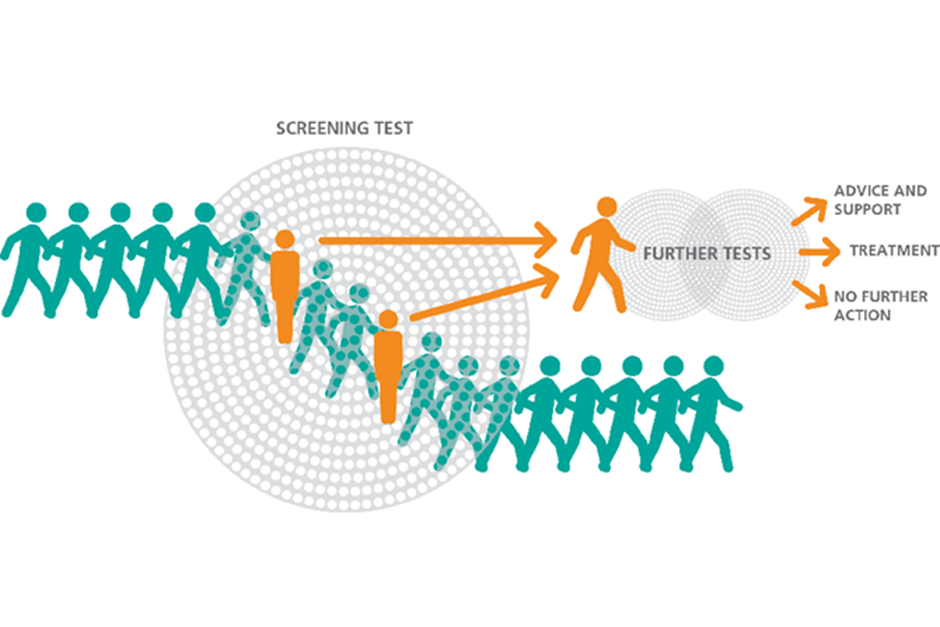 Early diagnosis and screening are critical for rapid treatment, preventing disease progression, and lowering morbidity and death. Poor availability of suitably sensitive diagnostic instruments is a significant barrier to screening underserved and under-resourced groups. Many diagnostic platforms are prohibitively expensive, intrusive, or necessitate the use of skilled healthcare staff, rendering them unsuitable for use in resource-constrained situations. Many elements of life have been altered by the digital revolution. As of 2019, 67 percent of the global population had subscribed to mobile devices, with 65 percent of those being smartphones, with Sub-Saharan Africa15 experiencing the highest growth. In 2019, 204 billion apps were downloaded16, and 3.8 billion people used social media as of January 2020.

As Digital technologies have been always supporting the healthcare after COVID, IoT devices can help us overcome these challenges utilization of IoT devices can help these technologies, which are tied to healthcare providers, have the potential to detect disease earlier and enhance health outcomes. Advance in technology has accelerated the overall health, IoT helps mitigate the overcome of screening.

As the proportion of the population has a chronic disease undetected, with the help of IoT Healthcare Devices, we can screen a large population and get real-time data, some of the standard tests we can do in a population screening.

IoT devices can help population screening at the last mile, help track the symptoms of the population and help the health care system develop policies and programs.

The outcome of the population screening is to take the data for the disease and can make decisions from the outcomes, data plays an important role in decision making and we do conduct screening programs to get the outcome so we can identify the risk population and can take preventive actions against it. Outcomes are data, the quality of the data is one of the important tools, Missing data, under-reporting, discrepancies, inaccurate data, illegible handwriting, non-standardization of vocabulary, measurement inaccuracy, and inappropriate fields are all issues with the current data. But with the help of a digital screening tool we can, we can easily screen the population in the remote areas and get the real-time data so we can make take further measures to prevent risk population.

Many tests are being conducted on a target population in a screening program. The different test is done according to a person’s age and sex. We can get multiple outcomes from the screening program. All outcomes are crucial for further developing interventions. No screening can give 100% accurate results. When there are many potentially at-risk persons, including those who are asymptomatic, screening frequently precedes diagnosis.

The measure of screening tests –

Screening tests do not diagnose anything, but they can identify the people who can have more likely to have a condition. Two standard measures are used to evaluate the screening test’s performance- The sensitivity and specificity test.

Sensitivity: True positive refers to the likelihood of a positive test, assuming that the test is genuinely positive.

Specificity: True Negative refers to the likelihood of a negative test if it is actually negative. 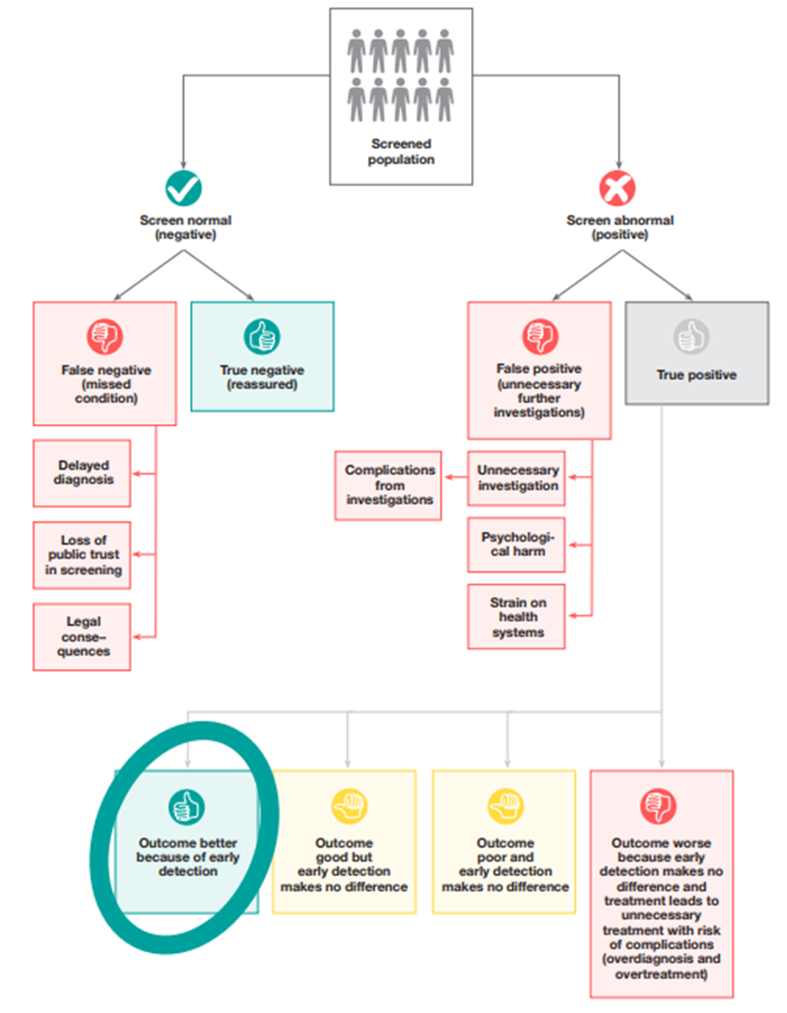 In recent years, the internet of things (IoT) has become fashionable in all industries, Machine learning algorithms are incorporated with IoT devices in some applications to bring IoT objects closer to reality.

Among these industries, health care is one where IoT has shown promise in terms of patient monitoring, In the era of 2021 still in some developing countries, healthcare is not accessible to the remote populations, if we talk about India it has the world’s second-largest population, with 1.37 billion people, and is predicted to overtake China as the world’s most populous country in the next decades. The current annual growth rate in India is 1.08 percent.

According to the 2011 census, tribal people make up 8.6% of India’s overall population, or roughly 104 million people (68 million people according to the 1991 census). This is the world’s greatest number of tribal people. Madhya Pradesh, Maharashtra, Orissa, Gujarat, Rajasthan, Jharkhand, Chhattisgarh, Andhra Pradesh, West Bengal, and Karnataka have a large tribal population. Assam, Meghalaya, Nagaland, Jammu & Kashmir, Tripura, Mizoram, Bihar, Manipur, Arunachal Pradesh, and Tamil Nadu are among the states where 15.3 percent of tribal people have settled. In India, the tribal population is small and underserved in many ways.

IoT devices can help to take care of that ignored population of the tribal areas, as now with the help of IoT devices that can monitor and screen the population, as screening help us to know the risk factor and that helps the health care system to make a preventive measure to reduce the disease burden on the country, In the below picture it reflects that how MedTel helps the population screening with the help of IoT devices, We have a connected diagnostic device, a smartphone app, and a web-based dashboard for hospitals so we can monitor the health of the population at the last mile. This includes IoT devices, digital Blood glucometer, Body Composition analyzer, Blood pressure monitor, Fetal heart rate monitor, Hemoglobinometer, Electro Cardio Gram, etc. With the help of these, we can successfully conduct population screening camps in remote areas. 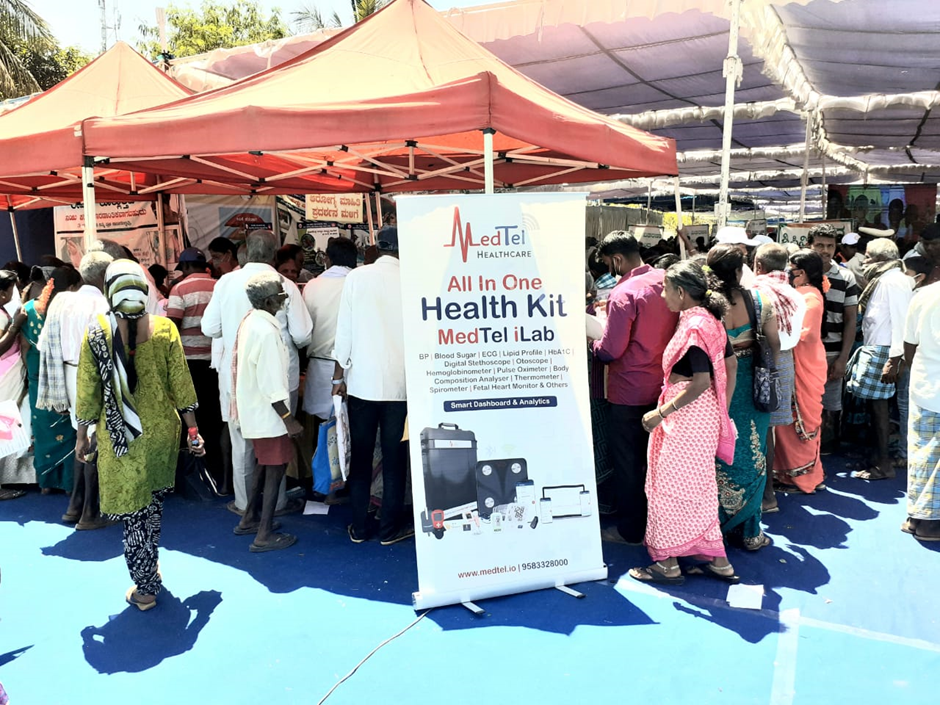